skip to main | skip to sidebar

Posted by KEMPEN GURU TERTINDAS at 7:58 PM No comments:

Posted by KEMPEN GURU TERTINDAS at 3:19 AM No comments:

Posted by KEMPEN GURU TERTINDAS at 3:12 AM No comments: 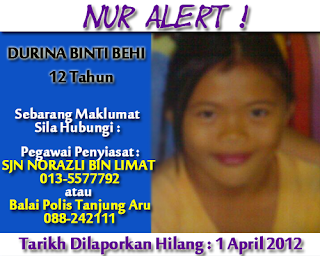 Posted by KEMPEN GURU TERTINDAS at 2:53 AM No comments:

KUALA LUMPUR, April 8 — Lim Guan Eng today accused government leaders of being in "denial" over the country's education standards, insisting that it is in a state of crisis and requires immediate attention.

The DAP secretary-general's statement today comes after reports that Malaysian applicants had failed to gain admission to the world's most prestigious university - Harvard- for the second year in a row despite claims from the education minister that the nation's school system was better than that of the west.

Lim (picture), who is also Penang Chief Minister, told Education Minister Tan Sri Muhyiddin Yassin that he should stop crowing over the World Economic Forum report that showed Malaysian children receiving a better quality of education than those in the United States, Germany and United Kingdom and that he should worry about losing out to Thailand and Vietnam instead.

"How wrong, misleading and out-of-touch Muhyiddin is has been brought home by the failure of any Malaysian to gain admission into Harvard University, the world’s most prestigious university, for the second year in a row," said Lim in statement here.

The Bagan MP noted that Malaysia was only fourth among Southeast Asian countries in terms of undergraduate enrolment in the Ivy League institution behind Singapore with 18, followed by Thailand with seven, Vietnam with six and Malaysia with five.

"In other words, instead of boasting that Malaysia’s education system is better than US, UK or Germany, Muhyiddin should be worrying about being overtaken by Thailand and Vietnam," said Lim.

He also asked the education minister to address the issue of Malaysian students preferring to study in Singapore, US, UK and Germany rather than in Malaysian universities when given a choice.

Lim said that in indexes such as the 2009 Program for International Student Assessment (PISA) involving 75 countries, Malaysia was ranked 56th in reading ability, 55th in Mathematics ability and 53 in Science.

He said the country's performance in the Trends in International Mathematics and Science Study (TIMSS) has also seen a steady decrease from 1999 to 2007.

"Tan Sri Muhyiddin Yassin should stop boasting that Malaysian kids receive a better quality of education than United States, Germany and United Kingdom but admit that Malaysian education is in a state of crisis that requires immediate rescue if Malaysia does not want to lose out to Thailand and Vietnam," said Lim.

He urged Malaysia to establish an excellent education system capable of building talented Malaysians for the future.

"There is no doubt that availability of human talent is the new oil of the 21st century," said Lim.

Harvard University's selection panel chief for Malaysia was reported yesterday as saying that Malaysians failed to gain admission to the world's most prestigious university for the second year in a row due to deterioration in the quality of applicants.

This contrasts to previous years where at least one Malaysian had been admitted to Harvard every year from 1985 to 2010.

The last Malaysian to be accepted was SMK Damansara Jaya alumnus Avinaash Subramaniam, who was awarded a full scholarship.

Posted by KEMPEN GURU TERTINDAS at 2:52 AM No comments:

Posted by KEMPEN GURU TERTINDAS at 2:16 AM No comments: 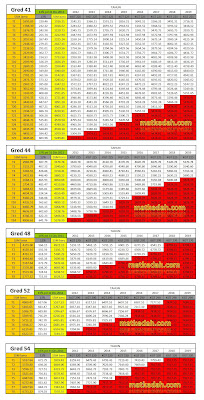 Posted by KEMPEN GURU TERTINDAS at 2:05 AM No comments: